This December, join us for an exploration of the underground realm, when geologist and caver John Tinsley takes us into the realm of caves, with tales from California, Missouri, Tennessee, and Indiana. 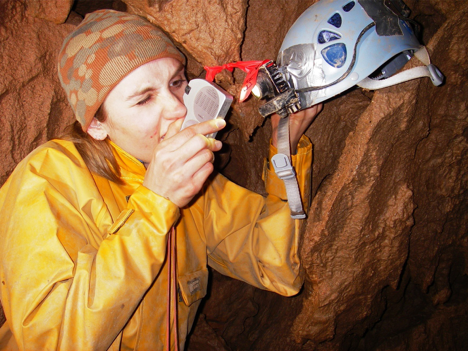 Caves record a region’s natural history in multiple and fascinating ways. Solution caves as physical systems will be a recurring theme this evening. Records of changing climates, paleo-temperatures, rainfall, earthquakes, glaciations, the hydrology and sedimentology of ebb-and-flow springs, and paleontology are contained in caves and are amenable to scientific study. Caves are one of the few places remaining on earth, except the oceans, where explorers can quickly go where no human has gone before. This evening’s presentation recounts a potpourri of relatively recent findings from Sierran caves that inform us of aspects of the natural history of the Sierra Nevada and summarize ongoing efforts to discern the paleoseismology of the major central and eastern US seismic zones, where damaging earthquakes occur so rarely that seismic building codes generally are ignored.

John C. Tinsley is a Scientist Emeritus presently volunteering with the U.S. Geological Survey’s Earthquake Science Center in Menlo Park, California.  He is trained in the sedimentology of sedimentary basins and specializes in the discipline of Quaternary stratigraphy, mainly as applied to evaluating and mapping regional earthquake hazards, including recency of fault movement, earthquake-triggered liquefaction, landslides, and relative intensity of ground shaking. Tinsley also has led an underground existence exploring and studying caves since 1964. In California, since 1976, most of his cave studies have been conducted under the banner of a non-profit corporation, the Cave Research Foundation (CRF) at nearby Lilburn Cave in Redwood Canyon or at Lava Beds National Monument (LABE) in northern California.  He served on the CRF Board of Directors from 1983-1998 and managed the CRF Karst Fellowship Program; from 1983-2014, he managed CRF’s operations at Sequoia and Kings Canyon National Parks. He presently manages CRF’s operations at LABE. Tinsley retired early in 2013 after more than 40 years of conducting earth science in the public service at the USGS. He is the author or co-author of >100 publications in the earth sciences. He conducts paleoseismic studies of caves in the central and eastern United States to discern and date past major earthquakes associated with the New Madrid seismic zone, the Wabash seismic zone, and the East Tennessee seismic zone.

Here’s the full poster for this event – please feel free to download, print, and share with your friends and family:

View this document on Scribd