Karthik Teegalapalli is a graduate research scholar with the Nature Conservation Foundation in India. As part of NCF’s Eastern Himalaya Program, he is studying forest recovery following shifting cultivation in the Upper Siang district in the state of Arunachal Pradesh, in the Eastern Himalaya. He is currently visiting the US as a Fulbright Scholar at the University of Virginia. He will share insights from his work as described in this synopsis he has provided:

Shifting cultivation, a form of forest farming in which the land under cultivation is often rotated annually, is a predominant mode of subsistence agriculture in the hilly tropics. The practice involves felling of forests for temporary cultivation; therefore, it is blamed for causing deforestation, soil erosion, loss of biodiversity and for contributing to global climate change. Nevertheless, some argue that shifting cultivation is the only viable agricultural practice in parts of the hilly tropics. They also consider the practice ecologically and culturally appropriate and, under certain conditions, the best means of retaining biodiversity in the landscape. Monoculture plantations, pastures, large-scale permanent agriculture, logging for timber, oil-palm plantations and other such economic activities have all been shown to affect a landscape in more destructive ways than shifting cultivation.
In north-east India, where the practice is widespread among diverse tribal communities, increasing human population density and forest loss have resulted in short fallow cycles (4-5 years is the period between two cultivation cycles) and arrested succession in many areas, often due to invasion by exotic weedy species. To understand vegetation recovery following shifting cultivation and to document the practice in relatively more ideal conditions, I undertook my research in a study site where the practice is undertaken systematically with relatively long fallow periods in a landscape with primary and secondary forests. The specific objectives of my research were: 1) to understand the diversity of the shifting cultivation practice of the Adi community in selected villages, 2) to understand the patterns and processes of vegetation recovery following shifting cultivation, 3) to inspect factors that affect the spread of Mikania micrantha, an invasive climber species in the landscape. In my talk, I will be presenting the results of this research that was undertaken over the last four years. 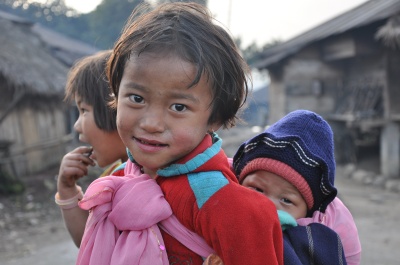 Here’s the full poster for this event – please feel free to download, print, and share with your friends and family: